So got some new shoes for the front of the AE86 today cause i felt like the  SSR Mark 2’s had too many Spokes (4)  3 spokes is where its at!

Quick test fit here using the old brick and rag trick, also got some new side skirts with the other AE86 what are people’s opinion? 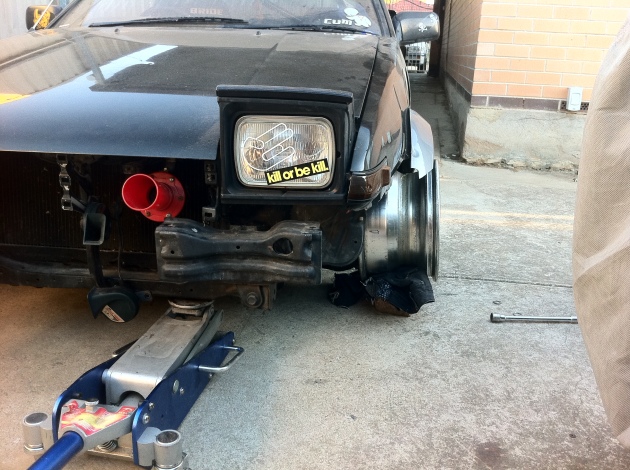 So its looks like the offset of the new rims is greater than the old pair.

Which means these are better than i thought they where, or i was lied to about the other pairs specs, truth be told i don’t care 🙂
So anyway the dilemma i had was do i find smaller spacers or just wind in a bit more negative camber, i did the easiest option, MOAR camber!
i also then spaced the rear out slightly more with 15mm bolt on spacers instead of the slip on’s i had fitted.

Photo taken by my Father with his bad ass camera on All Japan Day 2011, more to come 🙂