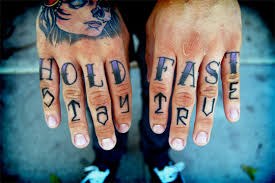 Bringin it real, one time, like this:
As you may or may not know we have had this little site running now for about 9 months and I feel it time I had a rant. Now I’m not saying that my car is the shit, or that I am a skilled driver of any measure, this is just my opinions and thoughts.

I suppose the real reason I started this site was to make it easier to show friends and family what I was spending all my money and time on. I guess that in some ways it has been a double edged sword: on one hand its been THE most fun I’ve had as far as a hobby is concerned, and in this short time I’ve made some great friendships and met people that I otherwise wouldn’t of. The downside to all of this is that it’s really made me look at the “scene” surrounding our hobby / sport and the kinds of people that it attracts and I guess I feel a bit more cynical these days because of it.

I can’t comment about how other people’s communities are, as the only experience I have had is that from South Australia. However I would love to know, so leave your comments below!

I suppose you could generalise people into two broad groups:

Firstly: People who do what they say
Guys who actually own Drift cars or are good drivers and have reasonable knowledge of the sport. Sadly there aren’t many of these types of people in our scene. Down here we really do have some talented drivers. Some are looking to create different suspension setups, do things for themselves to create some sort of innovation, and they have a real passion for the hobby. Pictured Below are Simon and Hayden. Two guys who are good drivers, nice guys, and are really trying to improve the “scene” down here with the re-introduction of Stadium Drift.

Secondly: Dreamers/Posers/Know It All’s/Internet Hero’s and Haters
There is a lot of this going on in our little community and it shits me to tears. People that are perpetually building cars or have a track-ready car that they never take out. People that have “this” type of car because it’s cool, or only buy JDM yo parts, and they try to destroy any other opinion.
As much as I LOVE to trawl through internet forums, the amount of HATE that is thrown out because your wheels aren’t flush enough, or you use “that” brand of tyre, or you are running that sort of alignment is junk. It’s a wonder that we have any friends at all! I’ve hooked this Blog up to BiG MiKE’s and my own Facebook to get some more exposure. I suppose you could say that that in turn, has meant that I get all these friend requests BUT a lot of the people that add me post stupid shit like today:
Oh its raining outside “insert Try hard Drift Comment”
The thing is, 99% of these people wouldn’t, couldn’t, or never will actually do that. It’s just cool to do it ya know! Unwittingly, these types of people are destroying our public image to Johnny Law. Not to say that I haven’t been caught doing the wrong thing before (28 times at last count), but those days are behind me 🙂

Quite often I am reminded of a phrase I heard a long time ago: “People that can, do. Those that can’t, teach.” I feel that it really rings true in a lot of ways. I’ve been into imported cars and the whole “Drift” thing since I left school in 2003, and increasingly I see people get to a point and then sell up their projects and I think: Why did you bother in the first place? I’ve got a lot of respect for people who are up front with their ambitions; be it building a car, competing, having fun, or those who just enjoy watching. What really gets to me is people who pretend to be something that they are not or hate on people for being something they cant. To me these people are weak. I’m only an apprentice and I don’t make big money, I work 6 days a week mostly. Quite often before a practice I’ve been up till 1:00AM working on the car, gone to bed, and got up for work at 5:30am for a number of days beforehand. I suppose you really have to want it, but to me that’s half the fun!

Is there a point to any of this? Or am I just ranting for the sake of it. Well a bit of both really. This year for us here at Ghetto Garage was really a test to see if we could do this and still have fun, and largely we have had a great time. I never wanted to be an internet expert or someone who lived vicariously through another’s achievements. I wanted to see if we could actually do it, and do it differently. Sure it would of financially been easier to buy an S-Chassis Nissan with basic mods and drift that, but that has never been what we’re all about: Ratboy with his HR31 GTSX, and BiG MiKE in the Z31 200ZR and myself in the AE86.
So if you have been following along I’d like to say thanks, and I cant wait for 2011 where all of us here make some big changes to our cars to make them more competitive. Ratboy and BiG MiKE will be going for a more stable and tuneable suspension setup, and mine is getting a motor swap with a little more HP and Valves 🙂
At this point I’d also like to say that we wouldn’t be here without the help of our friends. Thank you to everyone who has lent us a hand and put up with our shenanigans! 2010 isn’t over yet!